Posted by Blessed to be a Blessing at 10:03 AM No comments:

Posted by Blessed to be a Blessing at 11:27 AM No comments:

I am currently researching the life and labour of SPG Missionary Arthur (Holliday) Lomax, together with his wife, Mary-Ellen (Conroy) and their children. The ultimate objective is to write an historical novel entitled, AN UNOBTRUSIVE AND USEFUL LIFE: The Life and Labour of Arthur and Mary-Ellen Lomax.

This is the Preamble.

You come to me in dreams, dearest Arthur. I see you, standing there at the foot of the bed. You are patiently waiting for me…just as you patiently waited for me to come of age so that we might be wed. Do you recall? The vows we took on that day when we pledged ourselves one to the other stated that only death could part us…but how could death part us when you are still very much alive in my heart?

The others do not see you. How can they? It is my dream. Sweet Alice sits at my side, gently caressing my hand as she weeps silently. At times she recites the Psalms, at other times she sings hymns, or prays. The sisters at the Community of the Resurrection taught her well. She will make a fine nun.

Ambrose and John sit a little further to my right. They seem to be less comfortable in the presence of one dying. Strange how one who is acquainted with the anatomy of the physical body, as Ambrose is, can be so afraid of it in the face of its frailty. John…well he is a good attorney, but a poor companion for the bedridden. He is too impatient.

Ellen of Ambrose busies herself with our grandchildren in the kitchen. Wee Francis sleeps in a cradle as Talbot, Margaret, and Clara Mary do what they can to help. They are baking for the Christmas festivities. Their hushed giggles are so precious to me.

I do not know where the others are. I know that they are not close by and that travel is arduous and difficult. But their absence does not bother me. I understand. Besides, I am not alone.

And the van Zyl girl is here with us too. You remember her, Arthur? The daughter of the farmer, Louis – Louis van Zyl – the man you defended before the magistrate for shooting the British soldiers who were slaughtering his pregnant ewes. Perhaps you do not remember her. She was as she is now…a silent presence who prefers to do the chores about the house – the emptying of pails and bedpans, and the washing of floors and dishes – than making small talk.

Death is such a strange thing, is it not? I feel it creeping up from my feet. At one point my feet were cold. Alice rubbed them with liniment Ambrose brought with him. But now I can’t feel them at all. It is as if the numbness is slowly making its way up my swollen, pale grey legs.

But death for you was sudden, as I recall. There was no long sickbed for you. One moment standing by my side…the next, you were standing in the presence of the Lord. But a relief for you, nonetheless. All those years of suffering and pain snuffed out in an instant.

Perhaps that was what it was like with our son Francis when he drowned. At first, the struggle against the swirling river to preserve earthly life, then the surrender and the embracing of heavenly immortality. Francis. Is Francis with you? Have you seen him at all? And our wee grandson John Peter? I’ll not forget laying his tiny body in that casket. Our beautiful grandson. But now you are there with him and with Francis.

What is it like, Arthur? This heaven about which we have spoken for so many years. Is it like a joyous family reunion? You too are now absent from your body and present with our Lord of love. For you, the promises are fulfilled…no more death, no more mourning, no more crying or pain…it must defy description. For you who suffered so much for so long, the absence of agony must be utterly delightful. Ah, yes…to behold the beatific vision must be glorious in and of itself.

These past few months since you left me, I have revisited our lives from the first day I met you to the present. Ambrose said I ought to write down what I remember so that I might leave behind a permanent memory of our lives and our labor…almost like one of his photographs. And so, I have tried to write as much as I could – starting in Manchester with our respective families. What humble origins, Arthur! And yet, by God’s providential intervention, we were given the opportunity to better ourselves and to rise from that awful life of poverty and squalor. Perhaps that is the reason we headed out to places where others needed to be uplifted. I have often wondered about that. What made us take such bold and fearless steps into what was so far and so foreign? We could have been dashed against the sharp rocks of life so easily and come away damaged or dead.

But even in the midst of great upheaval, struggle, fear, poverty, sickness, loss, war, and uncertainty, our love for our Lord kept our love for each other alive. We had such great adventures together, did we not? Plunging headlong into the great unknown, not once or twice, but many times. How often did we not spend sleepless nights wondering where the next crust of bread would come from to feed our wee babes? But He never left us…He never forsook us…just as He promised. He remained faithful and consistently provided all we needed…rewarding our watchful waiting time after time. Were we reckless? Perhaps. Like Abraham, leaving all he knew for what he could not have known. But he had Sara and a great company along the way. All we had was each other…and Him…and that was sufficient. A threefold cord is not easily broken.

I open my eyes. Alice says something, but I do not hear her voice…it all seems so far away. I see you clearly now…not in my dreams, but with my eyes. Am I delirious? No, there is a light behind you…around you. I hear beautiful voices singing the praises of God. Are those angels at your side? I hear a gasp and I feel myself rising. Am I dead? Yes, I am. But I am alive! Really vibrantly alive! What an exhilarating sensation! I am free! I am soaring as if on eagle wings. I see light…I feel love. Oh, Eternal bliss! Arthur, I am coming to you, my beloved. I am coming to our Lord and to you and to each precious soul we brought to Him…and to all those who have gone before us. Arthur. We will be together forever.

Posted by Blessed to be a Blessing at 1:53 AM No comments:

Posted by Blessed to be a Blessing at 4:50 AM No comments: 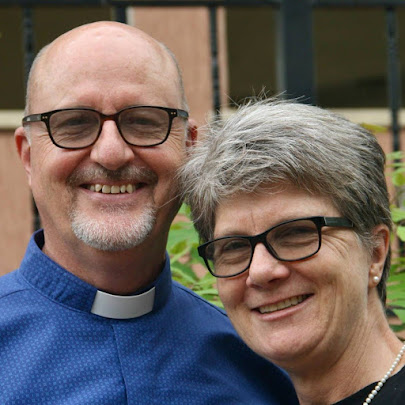