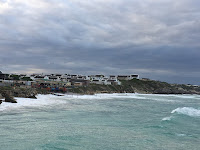 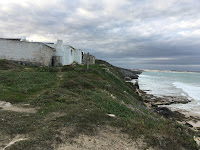 Louise and I hit the road again last Thursday...this time we were headed for the little fishing village of Arniston to train two groups from the Parish of All Saints. This includes, All Saints and Die Heilige Gees, Bredasdorp, St Mary’s, Struisbaai, St Saviour’s, Napier, St Andrews, Arniston, St John’s Klipdale, St Peter’s Ouplaas and Hasiesdrif.

The first group of six was made up of the priest-in-charge, Fr Piet Minaar, three more clergy and two lay leaders. This was a lively group and we had wonderful conversations with many questions and discussions. 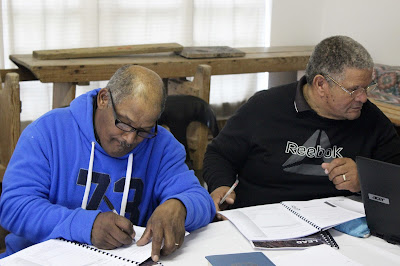 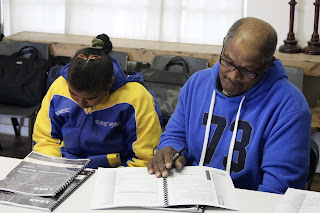 The second group of eleven was laity only. However, a large portion of this group was made up of young people. They tended to be quieter and more reflective than the first group, perhaps because in their culture youngsters usually do not talk in the presence of elders. We realised very quickly that most did not fully comprehend English and we switched to their mother tongue, namely Afrikaans. 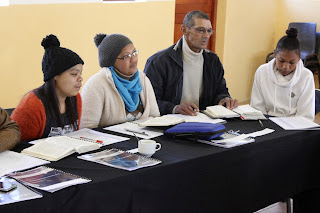 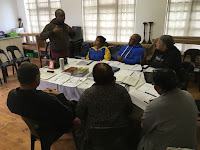 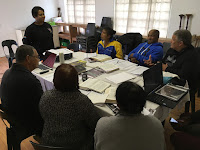 Thokozani knows very little Afrikaans, but he only spoke to the first group, so he was ok. Louise and Abigail did so well…I shot a short video clip of Louise teaching on the 4 chairs…but oh me, I struggled. But we prayed and persevered and in the end it was evident that everyone understood the material. When I did a review on Sunday morning, the young people especially responded with the correct answers…it seems the ice finally broke and they came out of their shells. 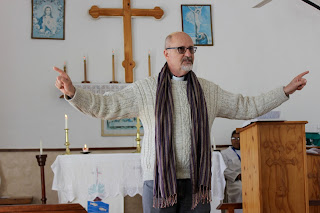 I also was afforded the honour of preaching during the Morning Prayer service at the Anglican Church of St Andrew’s…in Afrikaans, of course. In the providence of God, the passage was about Peter and I could tell the parishioners all about what we were teaching about…that if we want to be disciple-makers who make disciple-makers, we have to rely on the Lord, not on ourselves, our strengths, our gifts, or our bravado. Peter had to learn that lesson the hard way…and so do many of us! 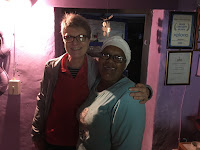 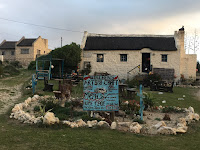 Unfortunately, we did not get to do much site seeing in spite of the fact that this is a tourist mecca. But we did go out to a small local restaurant called Willeen’s and enjoyed local fare there. Perhaps next time…

Abigail is originally from Bredasdorp, so we spent some time with her family and friends…it was a wonderful time of fellowship and fun! They made us some traditional potjiekos…food made in a black cast-iron pot layer by layer on an open fire…together with bread made in another cast-iron pot alongside the other one. Manna from heaven!


Please keep the trainees in your prayers as they now seek to implement what they have learned, go through the 60 Day Chronological Study on the Life of Jesus, and prayerfully look for those they Lord wants them to disciple. Each participant is expected to have at least one disciple by his or her side as soon as possible! Can you imagine if 17 disciple-makers make one more disciple each in the next few months…and if each of those disciples make one more each and so on… 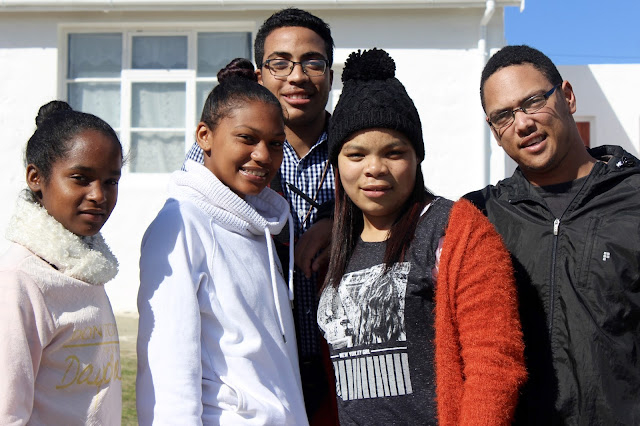 Posted by Blessed to be a Blessing at 5:46 AM